The Australian Graphic Design Association awards for 2017 were held in the nation’s capital the other week with the glitter and pageantry that one would expect of such an event. I wasn’t there of course but in my self-appointed role as arbiter of great local graphic design (long on service, short on achievements) it behooves me, as I have in the last couple of years, to stumble into the party and cast my critical eye over the results. No one else is sticking their hand up this late in the game at any rate.

Once again it looked like it was a pretty good evening, with some well-deserving work being recognised and it seems, Voice and Fabio Ongarato Design being a commanding presence when it came to being awarded the gongs. Design awards are tough to get ‘right’ in a digital world where not too much work comes as a surprise when everything is online for all to see. There is as usual, a prevalence of a lot of the well-known names, also some glaring omissions that leads you to ask whether established studios have much interest in design competitions these days. The obvious questions again are, are they too expensive to enter? Is an annual event too often? Or do design firms just not see any relevance in it for themselves? Personally I’d love to see a bit more diversity, but I don’t have any un-obvious ideas as to how this might be achieved.

Just a note on how I do this. I look at the work of what work won a Pinnacle the highest honour bestowed) offer my opinion, and then check the finalists to suggest some of the work there that might have been in consideration for a higher award listing (may it be a pinnacle or moved up to a distinction placing). It’s all just based on my personal opinion of course, I don’t have any horse to run in any of this – though of course residing in Adelaide, I’m totally going to lean towards any outstanding South Australian entries, ’cause that’s how I roll, it’s not like I’m being paid for any of this. On that note, let’s check out the good stuff.

Pinnacle winner: For the People, Sydney School of Entrepreneurship

Identity is a tough category to crack as you would expect, and this entry does a nice job of turning the typical institute of higher learning look on its head. For the People are fast becoming the experts for this sort of institutional re-invention.

Should have been a contender… Darklab: Dark Mofo

The identity for Dark Mofo is threatening, unconventional and also a little ugly in parts are far as a conventional identity system goes – that said, I love it to bits – it looks like nothing else around – especially an expression of what you expect from a festival. As good as the School For Entrepreneurship identity is, it doesn’t push my expectations, make me as uncomfortable, and excite me as much as the work for Dark Mofo does here, so I feel is deserves to be moved up to Pinnacle status. I sometimes feel that the amount of judges involved in the decision process for the AGDA awards categories kick these more left field entries down the winning hierarchy list. Luckily judge Jo Roca knows the score.

Should have been a contender… Work Art Life Studios: St Martins Cafe

The little guy has a hard time being noticed in such an all-encompassing category as ‘Identity’ as well. As far as a complete identity package of custom typography, colour and graphics, for a cafe no less, goes – this package is the bomb, and deserves to be moved up into distinction status methinks.

Thumbs up for the intention, something bothers me a little bit about the execution though – aesthetically, it’s beautifully designed – but maybe that’s what bothers me – is it too attuned to the designers sensitivity than that of its intended audience? It’s clever and fun though, and if it has raised awareness it far outweighs my concerns.

Should have been a contender… Creature Design: Lux Night Light Festival 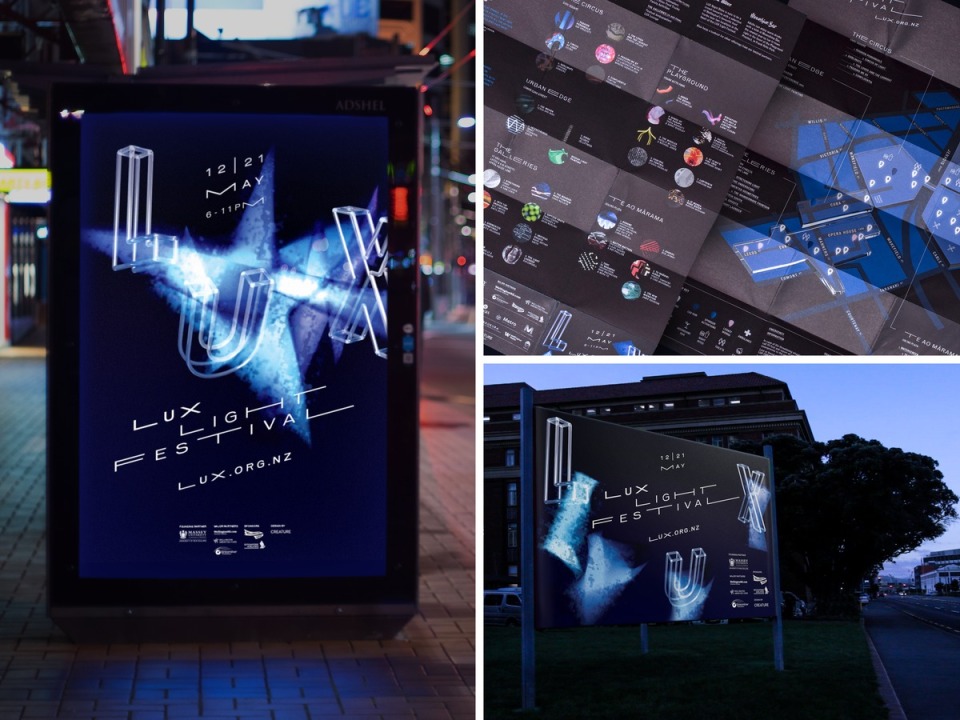 In a category filled with art catalogue finalists, it was difficult to pinpoint anything that really blew me away as far as uniqueness and skill of execution. The pieces for Lux piqued my interest though with some great typography and unusual graphics. This really seems more suited to be positioned under identity though don’t you think? 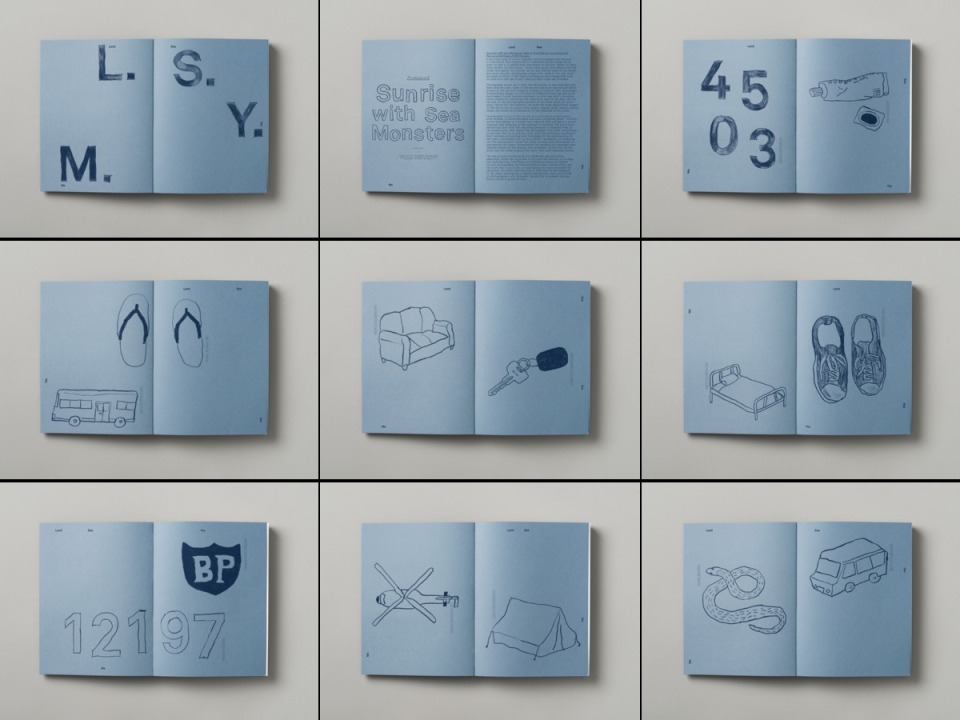 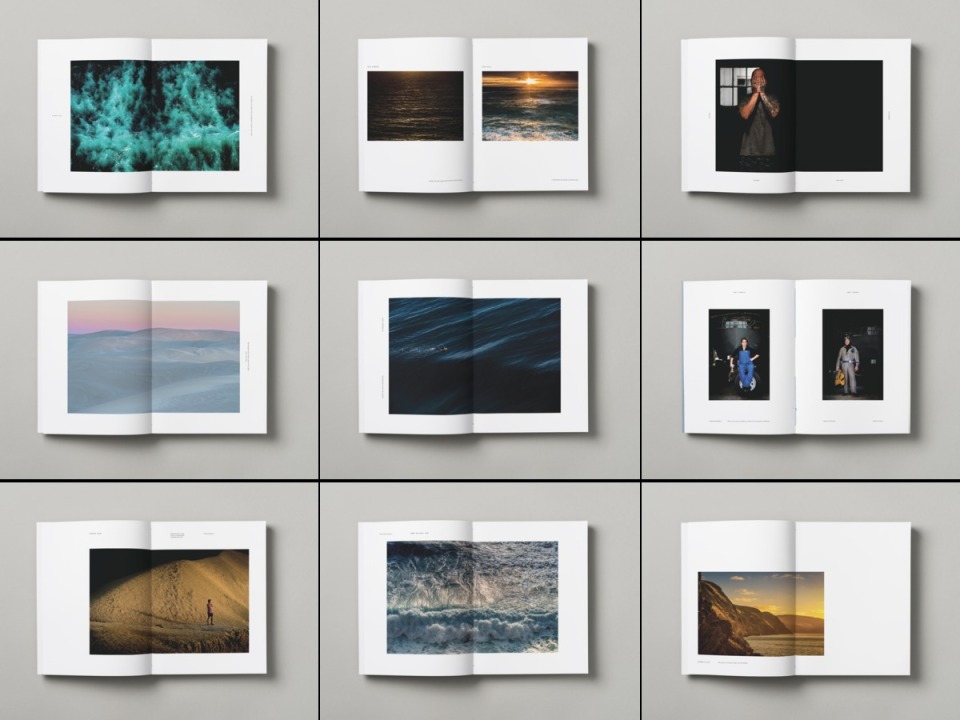 Anyone who says you cannot be moved by the combination of typography, illustration and photography in a simple printed package needs to have a good hard look at this piece. A worthy Pinnacle winner and my pick of the whole show. Now I just need to dig this up somewhere so I can drool over the actual book!

Should have been a contender… Frame: Lux Krass Journal III

Starting to sound a bit like a broken record here, but, the third year Krass Journal has been a finalist in the awards, and the third year it hasn’t progressed from there. Publications was a tough category this years, lots of really great work, but I’m a little disappointed Krass wasn’t awarded at least a distinction, especially with this issue being the best produced yet (it was already at a pretty high standard). It’s a great mag and deserves the support. Once again I think it’s a victim of the ‘too many judges’ diluting the left field entries.

Should have been a contender…Design by Toko: My Sister Is a Martian 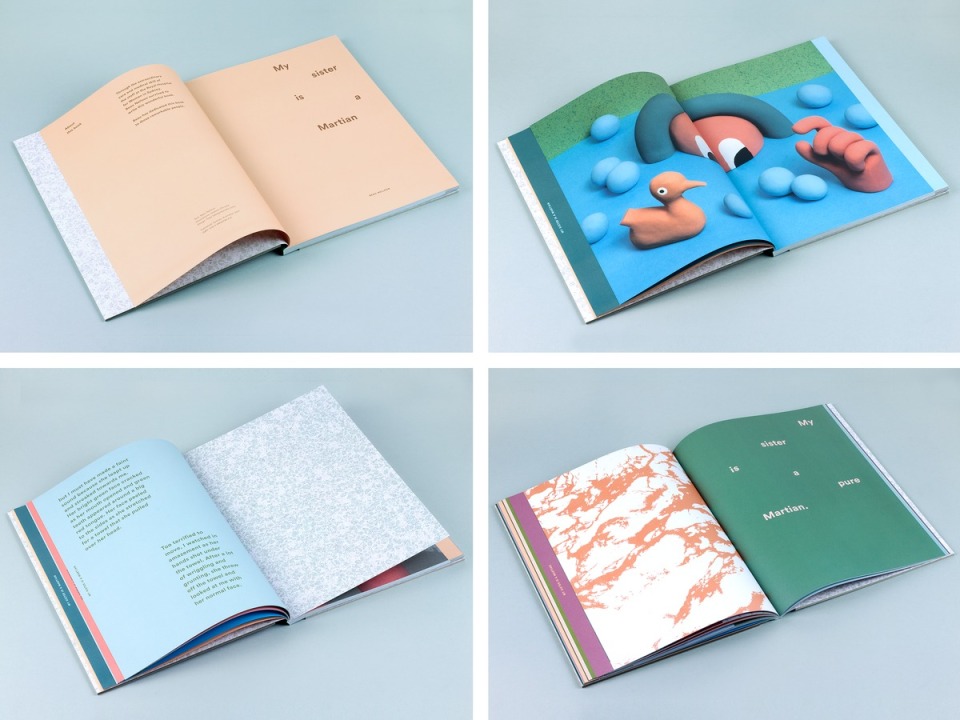 This won a Distinction for its cover, but I think the judges missed the boat a bit by not awarding that particular gong to the whole book instead. While the cover is obviously a typographers wet dream, the insides are at a whole ‘nother level – this is a beautifully designed all-over package – and what a surprise – produced by Toko!

Should have been a contender… Band: Jeanneret Wines

With so many great wine bottle design, the judges obviously couldn’t pick a worthy Pinnacle winner, but if anything perhaps stands out, it’s these beautifully atypical designs by Band. There’s a lot going on in the design of these than might immediately catch the eye on just a cursory examination. There’s obviously the stunning typography that Band seem to produce so effortlessly, but there’s also some sublime colour choices and textural embellishments that really speak of the thought that has gone into producing an outstanding package. I would want to just keep these on my shelf and never drink them!

Should have been a contender… Black Squid: Opulent Moon 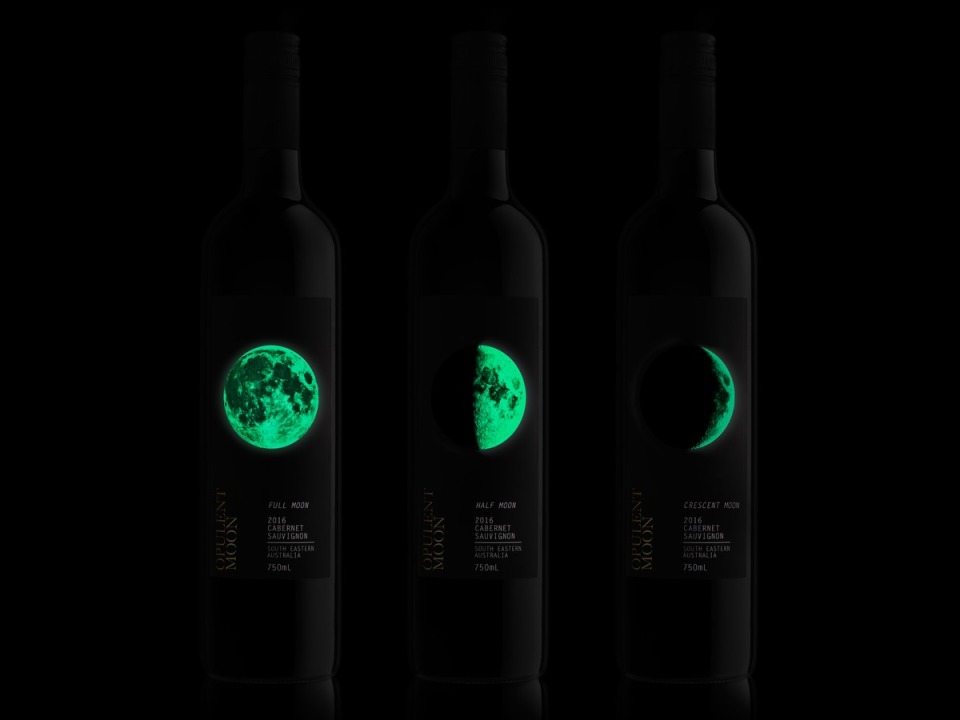 Black Squid have been producing some great packaging design of late. I really like the fun edge of these labels – the name alone is enough to produce something cool from – the treatment goes a step further and really makes the design speak.

Should have been a contender… The Company You Keep: Love Tea

It’s a brave studio that pits some simple tea packaging against the might of the countries best wine label design in this category, but I really like the simplicity of these handsome tea package designs. Black Squid also had some lovely tea packages as finalists, but I think I like these just a little bit more.

This kind of neat, the identity system was already pretty good, and this looks like it lets you remix the elements to suit your needs – a glimpse into the future of how identity systems will evolve I imagine!

Should have been a contender… Sons & Co: Mary Gaudin Website

Sons & Co just seem to have an uncanny knack for turning expectations on websites on their head. This is an oddly endearing presentation using an unusual digital colour palette and seemingly random typographic approach that all pulls together into a rather comforting and homespun feeling. An expert execution in making a gallery site into something quite sublime.

Nothing really stood out for me in this category to make a further comment on.

This was definitely the ‘Fabio Ongarato Design’ category of the award, not only pulling in the Pinnacle, but also four distinctions as well. ‘Lavish’ is probably the best way to describe this design for QT Melbourne – all of their entries in spatial are obviously stunning, and it was probably a toss-up over which of the five would be chosen to collect ‘the big one’.

Should have been a contender… Fabio Ongarato Design: Kisumé

I’m not sure why the judges didn’t just give them the even half-dozen by awarding Kisumé a distinction as well. I think it’s actually my favourite out of their 6 finalists.

I really love this whole project and the photography is obviously stunning and on point.
I would love to have seen this nominated in either the publication or identity categories where I feel the depth of the project might have had more of an overall impact and made a larger statement over the awards. More stuff entered like this please!

Should have been a contender… Juicebox: Feral Fest 2016

In a year where the overwhelming amount of the finalists featured very clean austere no-nonsense design, it’s nice to see that someone got through who doesn’t mind getting a bit grubby with the typography where appropriate.

Hey! A Pinnacle awarded to a student for the first time. Well done to Alistair, the book looks like a mammoth effort!

So there’s another years AGDA Awards done and dusted. overall, another good showing of work – if I had any minor criticisms it would be that most of the finalists consisted of very neat, tidy and considered design work, I would have loved to have seen more pieces that boroke out of that mold a little more. I also think, and this is a long-standing opinion of mine – there are too many judges for each category, which, in any design awards, tends to dilute any dissenting, out-there work. I’d rather see something wild and strange creep in to the finalists, than overall homogenous, but cleanly designed work be the constant norm. It would also be great if more people entered of course, so we could get that greater range – there’s lots of fantastic work out there around the country that deserves the recognition.

Make sure you check out all the finalists work of the AGDA awards site, as well as the finalists and winners from previous years. Please feel free to leave your opinions in the comments section and suggest any other pieces that you think were standouts from the awards.