Spend enough time looking through the various nooks and crannies of the New York Design scene, your sure to stumble across some extremely talented designers working in those nooks that you might not have been aware of before, such is the case with Frank DeRose of design firm Zut Alors! I met Frank while having a drink in a bar after listening to a talk by Paul Sahre. Frank’s business resides in the same building that houses both Paul Sahre and Karlsson Wilker. He told me that he had just started up shop and I was really interested to hear about what it’s like to set out on your own in such a competitive design field. Right away he struck me as a very down to earth and committed designer, intent on bringing his own uncompromising and unique vision on graphic design to the masses, as it were. The following is a short interview that I did with Frank over email a little while after I got back to Adelaide. 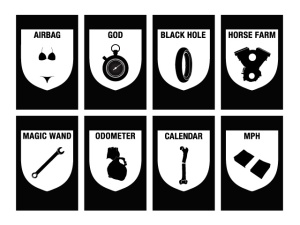 Chris Bowden: Tell me a little about your background, what path led you to what you’re doing now?
Frank DeRose: I graduated from a small liberal arts college in the Northeast of the US with a degree in English in the spring of 1999; I ended up getting an internship at an Ad agency that summer, based upon my having done a minor in college in studio art. That led to me doing print production for a year or something; I would be confused as to why what I “designed” didn’t look as good as what I saw other people producing. This led me to applying to Pratt for a masters degree and that in turn led me to start learning what “design” actually means, or is. Eventually I interned at karlssonwilker, and that sort of set me on my way, at least in terms of thinking… I think ultimately it all boils down to an impulse I had in a senior year poetry workshop where I had some fantasy about seeing poems I had written very big on the sides of skyscrapers; and the fact that after working at karlssonwilkerthere was no way to not want to strike out on my own.

CB: Why the name Zut Alors!
FD: The process of incorporating a business in NY State requires that you send the bureaucrats 3 options and they tell you which of those 3 you can use, they start with the first, et cetera. We sent, literally, 3 lists of 3, and all of those 9 names were taken. So, eventually, Zut Alors! It is just a phrase that stuck in mind from an elementary school French class. And it is funny to have an office which is basically named “Darn it.”

CB: What have been some of your favourite projects you’ve worked on?
FD: Well. I guess the honest answer is that I really do like all of them. They are all painful and beautiful and at some point I hate each of them, but in the end they are so personal I like them all, even the ones that look crappy. I feel like I learn a lot about something (myself/business/whatever) thru the course of any of the work, so I kind of get a kick out of all of it. I mean, even a piece that ends up ugly, maybe you learned something about contracts or pricing that helps you going forward, so, then you remember that project sort of fondly or at least as a good learning experience. 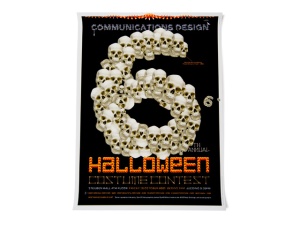 CB: Where do you turn for inspiration?
FD: I guess the typical places: my friends, or maybe some books, reading fiction and stuff like that. Movies are good, but I tend to watch a lot of Hollywood trash. Just going outside, sometimes the weather is enough to inspire you. Looking back at memories, remembering some weird stuff and how it felt can trigger my little brain sometimes. And just writing stuff down; seems like I am always trying to distill problems into sentences.

CB: Which designers, artists or creative people do you admire?
FD: Jan and Hjalti from karlssonwilker were really good to, and important for me. There is a new lady working with them who is awesome, Nicole Jacek. I have worked lately with an industrial designer named Hlynur Atlason who is super, duper smart and very driven. Obviously Sagmeister and Kalman, Bob Gill, Robert Brownjohn, in terms of design. I really like the rapper Nas, I think he is super clever and stands up for his weird point of view; he’s a good example of creativity in a genre where clichés are running rampant. I don’t know… my lady is super talented and smart, my friends who I grew up with who sort of got me started in this whole direction with graffiti and drawing and the like. My mom. Hayao Miyazaki. Wes Anderson. James Joyce. Shelley & Keats. WB Yeats. Lately Raymond Carver. My brother. Anybody who tries to really DO something. 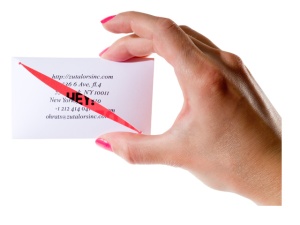 CB: What’s it like working in such a creative hub as New York. How do you think you distinguish yourself from all the other great designers working in the city?
FD: I think I do a sort of bad job at this. I am not so good at selling myself or making myself super visible. My hope is that if I just do a good job that this is enough, but I am not so sure about it. It seems like there are tons of designers who are really good at playing the cult of personality game, or are super good at networking. I am bad at this, I go to a party and drink beer with the same people I always drink beer with. I like to believe it is about the work… my hope is that we can develop a unique point and someone will notice.

CB: I know you have a strong interest in philosophy, how does that interest manifest itself in your design work?
FD: I guess I was running my mouth while we were chatting, eh? I don’t really know how to answer this one. I think you could say that the English degree plays a role, because I am often trying to write some little stuff and add it to the job, give the work some kind of voice… I am not sure if this is “philosophy”. Let’s just say I like poetry and talking, I guess.
CB: What would be your dream creative project?
FD: There’s not really any one client, I mean, I want to work with anybody. I think the dream, for me though, is to find someone or someplace that is open to real and true creativity, which by its nature is messy and which often leads to surprises. I think sometimes there are assumptions in a client’s mind about what they will get, or what they want. I think I “dream” of a client who just “gets” my voice or outlook and is open to letting me do everything that I can in service of that particular project. Just working with open-minded, risk-embracing folks.
CB: What are you looking forward to?
FD: Everything.
Thanks to Frank for such a forthright and interesting set of replies, I’m sure we’ll be hearing a lot more of him and Zut Alors! in the very near future. Be sure to check out Frank’s website for a ‘very different’ site experience (forewarning if you suffer from epilepsy though!)